Ben Franklin liked to mix his civic life with his social one, and he merrily leveraged both to further his business life. This approach was displayed when he formed a club of young workingmen in the fall of 1727. It was commonly called the Leather Apron Club and officially dubbed The Junto. Franklin’s small club was composed of enterprising tradesmen and artisans, rather than the social elite who had their own fancier gentlemen’s clubs. Franklin enjoyed this club and everyone in it helped each other succeed.

Meeting one night a week, these young men discussed the topics of the day. The group lasted for 40 years. They eventually became the American Philosophical Society.

Franklin described the Junto this way in his Autobiography.

I should have mentioned before, that, in the autumn of the preceding year, [1727] I had formed most of my ingenious acquaintance into a club of mutual improvement, which we called the JUNTO; we met on Friday evenings. The rules that I drew up required that every member, in his turn, should produce one or more queries on any point of Morals, Pollitics, or Natural Philosophy [physics], to be discuss’d [sic] by the company; and once in three months produce and read an essay of his own writing, on any subject he pleased. Our debates were to be under the direction of a president, and to be conducted in the sincere spirit of inquiry after truth, without fondness for dispute or desire of victory; and to prevent warmth, all expressions of positive opinions, or direct contradiction, were after some time made contraband, and prohibited under small pecuniary penalties.

The results of the original Junto are still evident today. The Junto gave us our first library, volunteer fire departments, the first public hospital, police departments, paved streets and the University of Pennsylvania. The recommend books, shopkeepers, and friends to each other. They fostered self-improvement through discussions on topics related to philosophy, morals, economics, and politics. 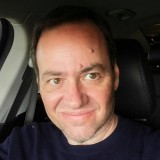